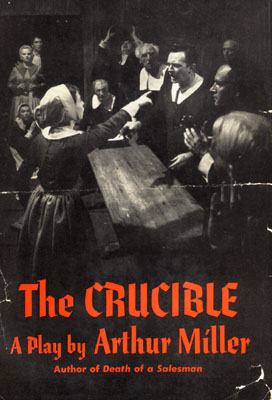 for the first time since 2008 the “Law and the Humanities” course will include a week devoted to “Law and Theater” also from the point of view of performance. As usual, you can find below some infos related to the next 3 classes.

The first lesson will be focused on the interferences between law and theatre, intended as a literary genre. In this perspective, will be considered some texts by which is possible to get information about the legal dimension (and that could be considered a-technical sources of the law) and also plays in which law is the object of the tale.

The goal will be to ascertain how legal issues are faced in theatrical literary texts. The starting point will be ancient tragedy and comedy and the research will be conducted by the analysis of some plays (Seven Against Thebe, Antigone, Eumeneides, The Wasps)

The second lesson will be focused on theatre intended as ‘performance’, analysing the similarities between legal performances and theatrical performances.

Considering theatrical plays as the object of a staging, the main goal is to understand how law can be effectively performed, how legal issues can be played, how law is transformed when it is represented in scene. In these perspective, it will be useful to analyse those plays which are based and inspired by trials, distinguishing between documentary theatre (in which there is a faithful representation of the legal dimension) and plays in which (legal) reality is mixed up with fiction.

The lecture will mainly focus on the analysis of two plays, The Crucible by A. Miller and Inherit the Wind by J. Lawrence – R. E. Lee.

Lastly, in analysing the interactions between Law & Theatre, the lesson will be centred on theatre’s legislation and its evolution, comparing different models of discipline. Theatres are subject, in every country, to a particular regulation that tries to combine the fundamental freedom of expression with other interests that needed to be protected, such as the public decency. Moreover, giving some basic and related acknowledgments about copyright law, we will analyse some cases and how theatrical performances entered into law courts.

Dr. Claudia Morgana Cascione is a Ph.D graduated at the Law Faculty of the University of Bari, where she currently teachs Legal English.

Since 2002 she cooperates with the scientific and didactic activity of the Department of Private Law, University of Bari.

In 2003-2004 she followed the Post-Graduated Course in ‘European Private Law’, University of Bari.

Since 2005 she has been admitted to the Italian Bar.

In 2006 she graduated Ph.D., ‘Enviromental Law and Economy’ , University of Bari.

Since 2008 to 2010 she had a contract for research,  University of Bari (“Security interests on intangibles: comparative aspects”).

Since 2011 to 2012 she had a contract for research, University of Roma Tre (“The bounds of history and restorative justice”).

She has been lecture in conferences, seminars and masters.

She participated to several research projects with national relevance.

She is member of the scientific committee of the Rivista di diritto Privato (Cacucci, Bari).

She is the author of several publications, in private and comparative law, among which a monography, chapters in books, articles, essays, notes.

17 thoughts on “Dr. Claudia Cascione on “Law and Theater””