He serves as a member of the board of direction of many international journals and book series published by Brill, Springer, Hart publishing, and many Italian editors.

He has given many papers and lectures in Italy, Germany, France, United Kingdom, USA, Switzerland, Finland, Denmark, Holland, Belgium, Argentina and Spain. His books and other publications focus mainly on medieval and early modern legal history, on philology of legal texts and on the relationship between history and law in the 19th ant 20th century.

Dr. Stefania Gialdroni is a legal historian with a passion for interdisciplinary studies.

She graduated cum laude in 2003 from the RomaTre University (Law Faculty) and in 2005, after having finished her legal apprenticeship, she started the International Max-Planck Research School for Comparative Legal History in Frankfurt am Main. In 2006 she was admitted as a Marie Curie fellow to the PhD in European Legal Cultures. In the framework of this Doctorate, she spent one year at the LSE in London and two years at the Ecole des Hautes Etudes en Sciences Sociales in Paris as a visiting Ph.D. student. In 2009 she received her Ph.D. en cotutelle between the Universities Milano-Bicocca (Private Law and History of Private Law Legal Science) and EHESS, Paris (History and Civilisations). She has presented papers on commercial law history, law and literature and law and architecture in several countries in Europe (including France, Germany, Belgium, the Netherlands). She is associate member of the Centre d’Etudes des Normes Juridique Yan Thomas of the EHESS.

As a research fellow at RomaTre University, she has been coordinating the Law and the Humanities course since 2008 and is the webeditor of the course’s blogs. Since 2011 she has been the instructor of the Human Rights in Historical Perspective Course at Arcadia University the College of Global Studies, Rome Center. She is currently research fellow within the BookAlive Project . She has published articles on legal history and on law and literature. Her first book: “East India Company. Una storia giuridica (1600-1708)”, Bologna: Il Mulino, was published in 2011.

She is webdesigner and webeditor of this website, of the blog of the Istituto Emilio Betti (www.istitutoemiliobetti.wordpress.com) and of the website of the cultural association L’INFO-ATTIVA di Ostia Antica, of which she is also vice-president (www.visitostiaantica.org). 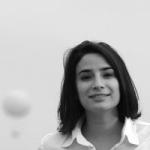 Dr. Angela Condello was born in Siracusa (Italy) in 1984. She studied law at the University of Torino and at the University of Roma Tre, where she focused on international and comparative law, and obtained a doctorate from the same university with a thesis in legal philosophy (entitled “Ana-logica”).
Since 2009, Angela Condello has been working as a research assistant for the chair of philosophy and sociology of law at the University of Roma Tre (Prof. Dr. Eligio Resta). She worked (as of 2013) and she currently cooperates with the Human Rights Committee of the Italian Senate of the Republic.
Angela Condello’s research and teaching focus on legal philosophy. She currently co-teaches a course at the Arcadia College of Italian Studies in Rome on the evolution of the paradigm of human rights from both a philosophical and a historical perspective (together with Dr. Stefania Gialdroni) and since 2013 she co-organizes and co-teaches the Law and the Humanities course in Roma Tre (together with Prof. Dr. Emanuele Conte and Dr. Stefania Gialdroni). Since 2008, Angela Condello has been teaching philosophy of law at the International University Uninettuno. She is currently also involved in an international research project on jurisdiction and mediation based in Brasil.
Dr. Condello has done research and presentations at several universities and research centers, among which the Max Planck Institute for Comparative Public and International Law (Heidelberg), the École des Hautes Études en Sciences Sociales (Paris), the Department of Philosophy and the School of Law at the University of California at Berkeley, and the Australian National University in Canberra. Recently, she completed a scholarship program at the Max Planck Institute for Comparative Public and International Law (Heidelberg). Dr. Condello has published widely on analogical thinking in legal discourse, exemplarity,
human rights, law and language and she regularly writes on Italian newspapers on law, politics and philosophy.
From January 2014, she was a Fellow at the Käte Hamburger Center for Advanced Study in the Humanities “Law as Culture” as well as a membre associé of the Centre d’études des normes juridiques at the EHESS in Paris.
Since January 2015, she is a guest Professor (Law and the Humanities, Prof. Georges Martyn) and researcher at the University of Ghent. She has just been awarded with a Fernand Braudel Fellowship to conduct research at the CENJ (under the direction of Prof. Paolo Napoli) at the EHESS in Paris.